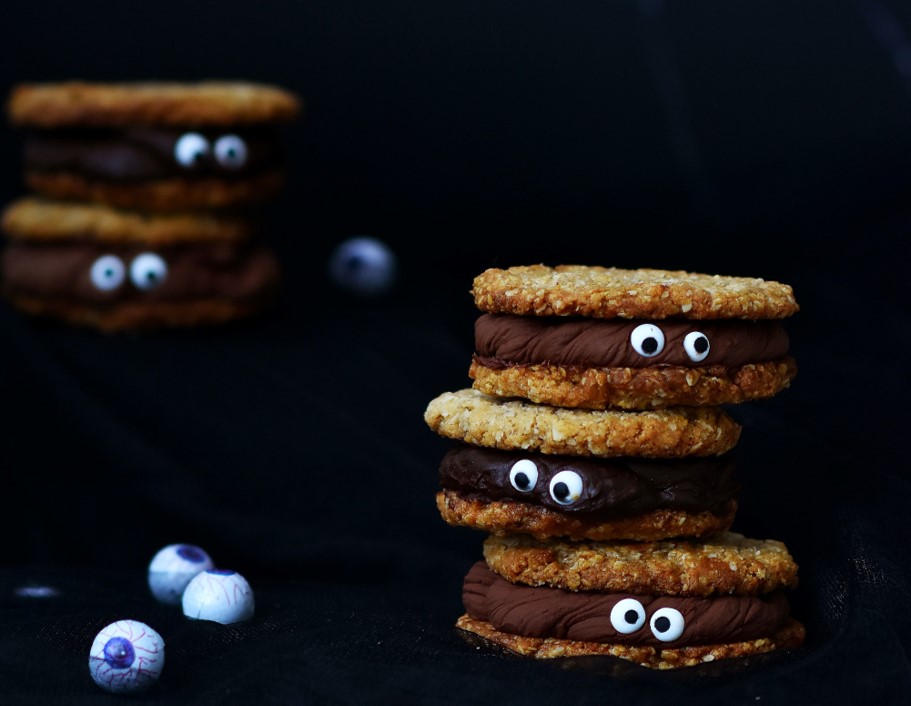 Beneath the mundane chatter about the cookie crumbling, you will detect something quite extraordinary; the existential terror that lies at the heart of the Great Cookie Kerfuffle.

Nothing is more boring than listening to adtech folks bemoan the fate of the crumbling cookie. If you happen to fall upon such a conversation, (a fate I would not wish on most folks), you are likely to hear technical conversations about ID resolution, unified IDs, hashed emails and the fate of cookie targeting.

Look beneath the boring and mundane chatter, you will detect something quite extraordinary; the existential terror that lies at the heart of the Great Cookie Kerfuffle.

For the uninitiated, the backstory has been brewing for a few years now but within the last few weeks, it has erupted as frontpage news because so much is at stake. At the heart of this issue is that last year Google announced that it would no longer allow third party cookies, a data file about users’ digital behaviors, to be used in Chrome to track people; starting in 2022. Upping the ante, last week Google decided to eliminate most schemas being worked on by adtech companies that might have allowed for tracking of people without the cookie in Chrome.

Lest you think that Google is fighting for “Judy Consumer,” the truth is far more insidious as Gilad Edelman described in Wired:

“Under the FLoC proposal (Google’s Federated Learning of Cohorts,) users are still tracked; it’s just Chrome doing the tracking. That information is still used to create behavioral profiles; they’re just at the cohort level rather than the individual level… And those profiles are still used to automatically target advertising; it’s just that fewer third parties will get access to them. In fact, by making its dominant browser less hospitable to third-party trackers but keeping its own data spigots flowing, the company will increase its already gargantuan advantage in the advertising market.” Source: WIRED, March 2021;  https://www.wired.com/story/google-floc-age-privacy-theater/?mbid=social_twitter&utm_brand=wired&utm_medium=social&utm_social-type=owned&utm_source=twitter

With virtually all adtech dependent on cookies to track users across the web to make huge profits, this is a gut punch to a wide swath of ventures: data people, programmatic platforms, publishers who were collecting, dissecting, activating and selling all this personal data to advertisers.

Adtech firms were ill-prepared for such a radical change because they were perfectly happy participating in the greatest data heist of all time. This gravy train was too good to worry about some niggling privacy issues that may never really materialize.

Adtech firms, players and pundits were wrong on many counts. Despite years of warnings from many advocacy groups that tracking was wrong, they didn’t believe anything would foundationally challenge the cookie data model. Google’s preemptive move unleashed industry-busting chaos but as many of these firms were publicly traded, they had to exude confidence and that “there is nothing to see here.”

These tech firms also erroneously assumed the data revenue gravy train would continue unabated. This ignored the newly recognized and irreconcilable tension between Users’ right to control their own data and AdTech’s presumed right to control all that data. Advertisers realized a lot of the data was fake or high risk because it was not ethically gathered. Consumers, for their part, realized they were just products to be openly sold because they were misled about the cost of the “free internet.” The high price, they now understand, was to relinquish all notions of digital privacy.

Against this backdrop of rising awareness of data trust violations, Google had its own PR nightmare as political calls to break up Google’s ad monopoly grew louder.  To relieve some of the pressure, Google landed on the, “moral high road” strategy by declaring that they are going to protect user privacy by blocking outside vendors from targeting people based on cookies.

This move has the potential to be a double win for Google. It would buy them some urgently needed political goodwill while at the same time stranding adtech players on a cookie data island, preventing them from traveling on the dominant Chrome browser ocean.

Frankly, this set of circumstances leaves many (me included) conflicted.

On the one hand, there is some sympathy to be felt for an adtech industry held hostage by Google that seems happy to let adtech firms twist in the wind to figure out how to survive the data bullying.

On the other hand, it is also hard to feel any sympathy for these adtech players who knowingly created a trust-challenged industry where data is stolen and digital media buying is fraud filled. The industry never surrendered to the simple fact that there is no good technical solution to track people without violating their privacy. Instead, they rushed to create ventures that scaled buying/ selling cookies because that’s what made them fortunes fast. Now they are forced to patch together more limited and less reliable options with a complex combination of hashed email and cohort targeting with data from Google anyway. (Here is a fuller explanation of how adtech players are trying to cope: https://trustwebtimes.com/why-i-object-to-adtechs-mega-id-initiatives-and-you-should-too/. )

The cookie kerfuffle is a defining moment in adtech; leaving many in the industry dizzy in thinking about the implications.

To thrive again, we must suspend all a priori assumptions that choked off other approaches to adtech data. We must stop assuming that digital media requires tracking people. It doesn’t.

Transparency lies in working with Internet’s DNA as a content serving engine and evolve towards a new class of topic data as the targeting underpinning of adtech.

Once you adopt a topic-centric mindset, all sorts of possibilities present themselves. Topic data, unlike cookie data, avoids all issues around privacy as people are not tracked at all. With Topic data at its center of an “adtrust” stack, advertisers will see better results because topics are closer to real time intent than cookie data is. With topic data there are contextual ads campaigns that can deployed that performs better than keyword matching which misfires or Interest Classification targeting which is cost ineffective. Topic data even creates new attribution technologies to map the topic journey to conversion. Best of all, with topic data at its center, adtech can be fraud free, privacy ensured, brand safe and publishers/ local media can monetize their content honorably.

If the answer is obvious, why hasn’t adtech pursued this path?

Good question and the answers lie in the understanding the technical practicalities.

It is SO SO much simpler to scale “cookie” data (real or not) than it is to “scale” good web pages an advertiser wants to be on. It is also SO SO much harder to get tech to understand the human context of pages than it is to ask a machine to find a keyword on a page.

These two technical challenges were not easily conquered and ran counter to prevailing Adtech (and their VCs) notion of scaling fast.

Instead, adtech ventures went down the path of technical least resistance that comes at a high cost as Tim Cook notably explained; “Advertising existed and thrived for decades without tracking people, and we’re here today because the path of least resistance is rarely the path of wisdom,” (Source: Inc, Feb 2021)

The industry chose quick profits over people and fast sales over sustainability and the result is the mess we have today. Yet the path to a restoration of trust – between consumers advertisers, publications and adtech – is simple if challenging technologically. Shift the industry to trade in topic data – not people data. Taking back the Internet means we just stop tracking people. It’s that simple.  It is how we build The Trust Web of tomorrow.

In this post I talk about topic data as the road to a trust web. Rest assured dear reader, this is not theoretical or the musing of a wishful idea. Our firm has, for years, been actively developing this data road not taken. It is called Topic Intelligence. It was harder. It required more perseverance. Most of all, it depends on delivering executional excellence for our clients. Take a peek at this new topic data and come away heartened by the fact that tracking people is not the only adtech stack out there. There is something called an “adtrust” stack and we are doing it in The Trust Web – today.