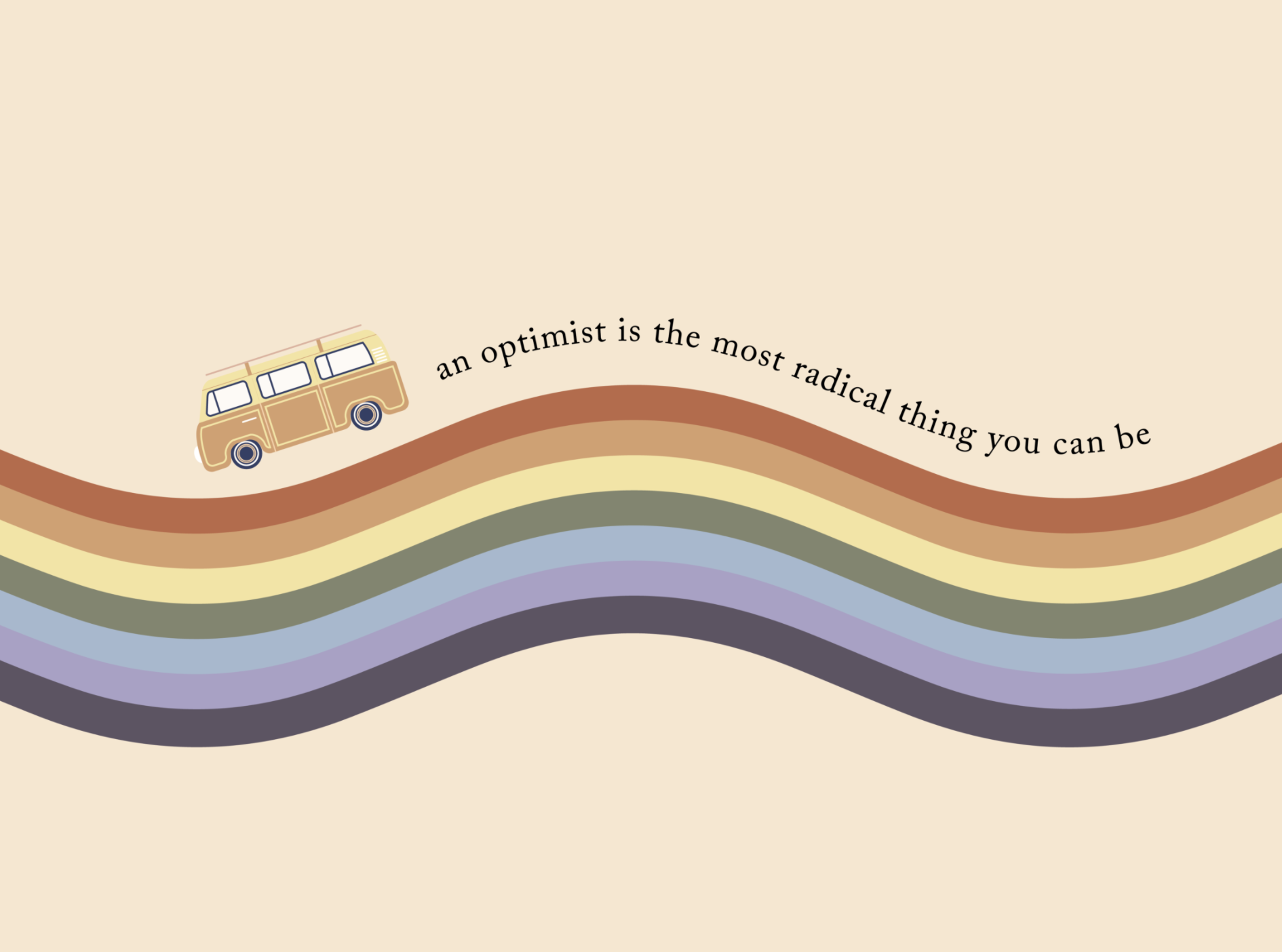 I am the least likely AdTech radical ever. I think in evolutionary terms – advocating thoughtful and incremental progress. I am not the “burn the house down” type. Yet, in a relatively short amount of time, I had been transformed into a full tilt radical calling for the dismantling of the much of AdTech today.

It took an unfathomable exchange on Reddit for me to understand we can’t evolve AdTech until we radically evolve the mindset of those creating, managing and investing in AdTech.

Its not AdTech per se that’s the enemy, it’s the people who are supporting an ecosystem that protects shady actors.

How I became an AdTech Radical.

My radicalization started innocently as I was scrolling in a Reddit Ad Ops group. (https://www.reddit.com/r/adops/).

Then I caught a simple thread about why native ad monetization was going down. One “dude” suggested that things will “get back to normal” once we are past this Covid crisis; “The overall reason for this is the black box yielding algos and that certain buyer segments (namely bigger brands) have dropped advertising in these times. This means however it should restore itself.”

I innocently responded; “IMHO nothing is going back to normal … The pandemic stopped the AdTech Merry-go-round and the secret is out – a lot of AdTech is fraud, fake or just doesn’t work. This is when the real work begins. Keep the good, ditch the bad and rehabilitate the big tech pieces.”

Surprisingly, this triggered an abusive tirade that took my breadth away because it revealed to me for the first time the utter contempt “AdTech Bro’s” have for the marketers they serve:

“If the buyer believes hes [sic] getting value, no matter the murky supply chain – the buyer is right, he’s getting value period. And that’s my problem. You don’t know jack shit. You just spurt regurgitated buzzwords and reports. F*king stop being a peasant”

Then, someone else chimed in saying: “It’s also interesting that AdTech is singled out. What about creative agencies outsourcing video production and marking it up? That’s common knowledge and even clients are aware and select the production crew at times. Yet somehow that’s okay?”

In effect they were both saying, (insults aside), since advertisers keep buying, the market has spoken.

This sent a chill down my spine. With blinding clarity, I saw that those who work at ad networks, data firms, DSPs and exchanges are perfectly happy with things the way they are. They have no interest in ensuring advertisers are honorably or well served.

In fact, they profit handsomely by playing games with impressions, bidding platforms and a general lack of transparency in a quintessential “caveat emptor” moment. It even seems to me that pulling one over on advertisers is a mark of pride with the very people who run these systems for advertisers, agencies and publishers. So let’s be clear about how messed up this really is even as AdTech Bro’s skip all the way to the bank:

The biggest “so what” of all this isn’t just confined to whether ads run or not on a web page – it has a huge ripple effect on our economy as a whole.

The chart below should be a wakeup call to the real cost bad AdTech actors have on the economic health of our country. The real cost of all this tech is borne by “Judy Consumer” who must pay for the tech that marketers now use.  In comparing price increases of things like Healthcare, to CPI or increases in wages (yellow arrows), we can see the very industries that saw the steepest price increases were those that used marketing tech the most – everything from automated marketing platforms to automated digital media buying.

This was the final “aha” radicalization moment for me. As AdTech firms got richer and more powerful, “Judy Consumer” gave up her data, her peace of mind and even her lifestyle she struggled to afford amidst unprecedented price increases.

By now, I am hoping I was able rankle some stirrings of radicalization in each of you.

That said, this begs the question – now what?

AdTech v2.0 will be about trust-based technologies, standards and systems.

Internet is a content serving engine but the industry pivoted to delivering “people” (a.k.a. impressions) because that was more gameable. After all, creating web pages that advertisers want to be on is much harder to scale than delivering something called “impressions.”

So amidst billions of impressions that are bought and sold, “AdTech Bro’s” count on buyer complacency and systemic complexity to keep making tainted profits as this “AdTech Bro” continued in Reddit:

“The value perceived and gained is on advertisers actually caring and understanding the digital world. They never bothered.”

The contempt we see in Reddit seeps into the very fiber of the industry. These AdTech Bro’s engineer their platforms to be black boxes to defeat even the most motivated marketer who wants to understand “under the hood” so they can protect their profitable money making machines. Radical thinking means we push back against this level of caustic cynicism and replace it with a vision for the changes we want actualized. This means, as radicals, we subscribe to five foundational principles to transform AdTech into trust-based ecosystem we all need:

1) No AdTech firm is too be big to be held accountable.

If we believe it is impossible to hold the large platforms accountable, then we condemn ourselves to that fate. Driving accountability is about changing our addiction to the “rush” we get from the immediate “traction” these platforms feign to deliver in favor of platforms that redefine scale in human terms. This means fewer CPMs, less clicks and more emphasis on people-centric metrics like privacy and revenue predictability.

2) The Agency business model will fundamentally change in the coming decade.

Of course, Agencies aren’t going away but their business model is.

The trust gap between Agencies and their Clients is gaping, stemming from Agencies’ early absence in AdTech. When they finally got in the game, the best Agencies could do was a messy version of; “if you can’t beat ‘em join ‘em” where larger Agencies snapped up expensive yet, “monetizable/ scalable” ventures, willfully ignoring the ethical issues. In an ironic twist, Agencies spent oodles on ventures just as Clients were losing faith in AdTech.

Redemption is straightforward. Agencies should go back to their traditional and deep credentials around their role of being Brand Custodian coupled with being Consumer Advocates but translated in a modern integration strategy that animates a holistic user experience:

3) AdTech fraud is solvable – for real.

Too many people think that traffic verification firms solve the bulk of AdTech fraud. This is patently untrue as an ex-employee of a traffic verification company confessed in another Reddit post recently. He confirmed what we all suspected. AdTech fraud persists so stubbornly because it quietly enriches so so many players so easily – from Agencies to buying platforms and this revenue that can’t be replaced easily. If complexity created the spaces for fraud to thrive, the antidote is technical minimalism; reduce the number of intermediaries that touch media. Best practices are new, transparent, single supply chain platform that offer proprietary data, media buying and attribution – all integrated. This approach reduces tech tax and fraud while increasing predictability of outcomes.

4) Attribution will become a real thing.

Attribution remains the most challenging marketing problem due to the complexity of data, systems and platforms. To thread the attribution needle, we need to abandon our attachments to demo/ cookie/ look-alike targeting in favor of a new approach centered on topic intelligence – an emerging AdTech space. This is a leapfrog over current “contextual” plays that rely on keywords or negative URL lists. Once you pivot to topic intelligence targeting, you can efficiently map the topic journey to conversion while eliminating messy issues around cookies. This radical approach is eminently more profitable than chasing CPMs.

AdTech has no verifiable data supply chain as a deliberate strategy of technologists to build their businesses as fast as possible. There was little concern for data provenance, so Marketers are left to struggle with these privacy issues alone even as Brand risk increases given consumers’ deepening privacy concerns. There is no easy answer but to pivot to a first party data strategy as the only way to adhere to new standards around data provenance, compliance and privacy. This painful transition is unavoidable but ultimately will lead be better and cheaper (less data fees) results for Brands.

What can you do?

I became an AdTech radical because too many of the people who create AdTech are creating ventures to create value for investors – not marketers.

This explains why AdTech has too many black boxes with murky digital ad supply chains that cost too much and offer too little honorable results for all the effort.

What happens in the next ten years is radically dependent on what choices marketers make now to effect the change we want to see.

None of us want more of the chaos and dishonor of the last ten years. All of us can become radicals by demanding, through our budget choices, that AdTech platforms deliver a new value chain around trust; between Advertisers, publishers and consumers. It’s time for the radicals to take AdTech into the era of radical transparency.

Author’s note: In solidarity to our radical cause, I will make myself available as coach any individual or firm who want to create an AdTech Trust Web evolution plan for their organization.

P.S. –  Here is the original Reddit exchange for those with a strong stomach:  https://www.reddit.com/r/adops/comments/gqkugl/outbrain_rpm_drops_while_ctr_improves/

P.S.S. – I got mad, I actually created our own Reddit Subgroup called Trust_Web. Come on over and join the community there – https://www.reddit.com/r/Trust_Web/