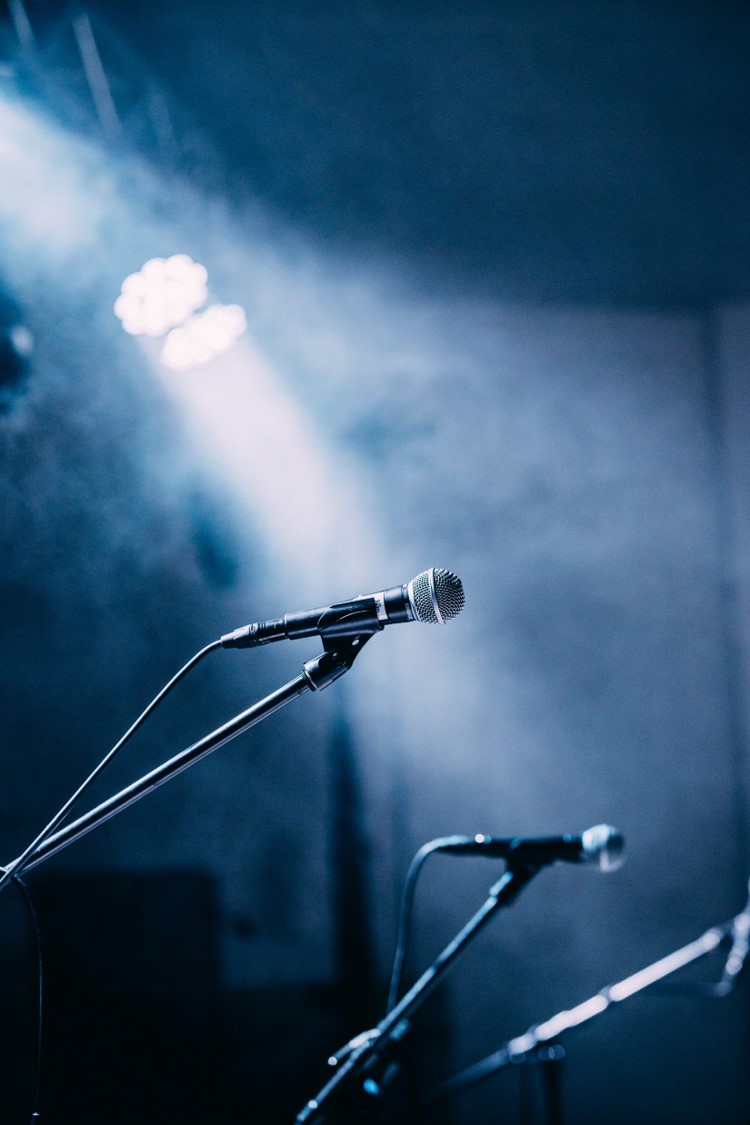 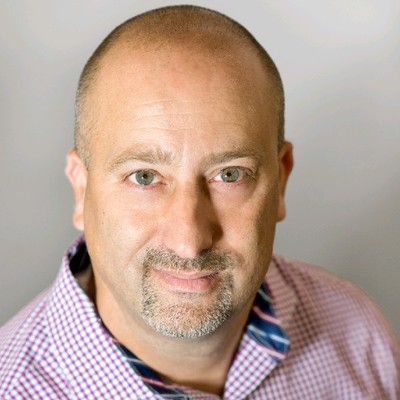 Marc Goldberg: I emailed traffic@phase2media…and it got bounced. Are you guys no longer there?

Craig Leshen :  Ah, the early days of digital advertising, when it seemed as if there was an endless supply of start up capital, Aeron chairs, and foosball tables. Thinking back to the years 1999 to 2001 in this industry, it seems like ancient times. Glorious, irrationally exuberant ancient times.

Mike Alania:  But Phase2Media really was a great company for its day. There are some talented, old time digital ad people shaping our industry that can claim that as their alma mater! And the three of us had some fun times working there together, too. If I had to describe what it was like in three words it would be “epic foosball games.”

MG: So tell me before p2m and then what happened after?

CL: Before P2M, I was at Hachette Filipacchi New Media, putting up campaigns on their AOL sites, and eventually their web sites.  Hard coding ads in the pre-ad server days, and doing the work that eventually became known as Advertising Operations, or Ad Ops for short.  Then ad servers started to pop up and in 1997 we signed with DoubleClick as one of their first publisher clients.  Definitely exciting times.  After a few years there I made the jump to P2M, and then I started OAO in 2003.  I began out of my apartment, and then moved into shared office space a few months later.  It was me and one other person at the time, and then after a few other team members were added, Mike came on board.

MA: After P2M shut down I ended up attending grad school at Baruch College to earn my MBA in finance. During this period I had interned at two different financial services companies, and then briefly flirted with a career in investment banking until I realized I absolutely hated it. So I gave Craig a call to see how his startup business in ad ops was coming along and if he was looking for any help. As luck would have it, he was. So on June 6th, 2005 I said goodbye to investment banking forever and stormed the ad ops beach at OAO. Reconnecting with Craig and joining him in building this company was one of the best decisions I ever made.

MG: So Outsourced Ad Ops, is it as fairly straightforward as its name? Are you helping pubs and buyers with adops?

CL: We’re operations people.  Always streamlining and creating efficiencies.  If you’re looking for help, and you’re going to do a Google search for “outsourced ad ops”…well, why not be the first one that shows up?  …and yes, that’s what we do.  Ad Ops.  When I started OAO, my goal for this company was to provide top quality trafficking services for publishers who either didn’t have an in-house ad ops solution, or needed additional ad ops support to help supplement their team. Over the years, and as the industry evolved, the services that we offered to publishers evolved as well. What once was a relatively simple landscape of display ads and content targeting soon morphed into a complex cornucopia of audience segmentation, multi-device targeting, programmatic buying and selling, VOD and linear video, and an entirely new vocabulary chock full of three and four letter acronyms like DMP, CMP, SSP, DSP, RTB, PMP, VAST, GDPR, CCPA, etc.

MA: Fast forward to today and OAO has transformed into a full service ad ops agency for digital publishers. In addition to the managed services that we’ve been providing since 2003, we also offer professional services such as migrations, site tagging/retagging, ad server implementations, ad product development, creative testing, custom report development, and more. Our portfolio of platform reselling consists of best-of-breed technologies such as AM360, FatTail, AdJuster, Yieldbooster, SpringServe, and Magnite Demand Manager. We have built our own technology, known as iAdOps, to help streamline workflow between our teams and clients, and have also developed a product known as EAC, which enables publishers to deliver and report on direct sold ads in newsletters via AM360, as well as programmatic ads through our partnership with Passendo. We’ve revamped our video programmatic offerings as well. Our OAO Alpha Video solution, powered by SpringServe, provides publishers with a seamless and cost effective way to generate additional revenue without the need to manage a programmatic demand stack.

CL:  Our mission today remains the same as it was from day one. To be the premier, white glove ad operations services and solutions provider for digital publishers.

MG: So you are helping publishers save money and recognize more revenue? Are you trying to take jobs from publishers?

MA: We are definitely not trying to take jobs away from publishers! There is plenty of work that comes across an ad ops team’s desk on a regular basis, and myriad skill sets that constantly need to be developed and refined as the technology advances to keep all of us busy!

CL:  Over the years we’ve developed best practices and operational efficiencies that publishers can definitely benefit from. Our publisher engagements vary across the board, from platform reselling and tech support, to implementing and managing programmatic solutions, to ad product testing and development, to full managed services, and everything in between and outside the lines. As a full service ad ops agency, we continually strive to help publishers achieve their own operational objectives, whatever they may be, and to be seen as an integral extension of their business.

MG: Where are you seeing the biggest impact for publishers for revenue these days?

MA: We have such a wide variety of publishers that it’s difficult to point out one thing that’s having a major impact on revenue. For big brands that have lots of traffic, direct sold campaigns across desktop and mobile devices are still holding steady. Video is obviously quite lucrative as well, especially for brands that have compelling content and steady traffic. Programmatic is certainly performing very nicely too, and is a fantastic way for all publishers to generate additional revenue where there is unsold inventory and/or to compete with non-guaranteed direct deals.

MG: How many people do you have now?

MA: We tend to hover around 50 employees scattered across four physical office locations. Obviously we’re all working from home these days, but even during pre-COVID times we had a number of employees who were full time remote, so it wasn’t too much of a stretch for us when we moved to a fully remote situation last March.

MG: Are you funded or are you looking for funding?

CL: We have no outside funding and we’re not currently looking. Our growth has been fully organic since our founding in 2003.

MG: If quarantine was over and we were allowed to play foosball again. Me and Kirky vs you two, game to 21, How many points do we beat you by and is it a shutout?

MA: I can confidently say that you wouldn’t stand a chance these days, unless of course one or both of you have a foosball table in your house like I do. But we certainly welcome the challenge. Losing team pays for drinks.

MG: Cool story bro, so you score a few and we still win. Craig are you and the family still in NYC? What is life like for the family?

CL: Still living in NYC, but we’re jumping back and forth between here and Guatemala, where my wife is from. We’re currently in Guatemala and are remote schooling the kids to avoid the cold and to spend more time with family here.

MG: Mike, You are still my new jersey neighbor, one town away and I have not seen you in over a year! What is the school situation for you guys? How is everyone doing with the quarantine?

MA: Quarantine is an interesting experience. We all (my wife and two daughters) ended up hanging out a lot together and spending time that we never would have had in a normal year. I don’t know about you, but I’d like to think that we did our part to keep Amazon in business during these troubled times! And bread making. Lots of bread making.

Regarding the schools, I’m sure we’re probably in a similar situation to most towns in NJ. Our district has a hybrid learning plan, where they offer students the opportunity to go into school for half the week while also schooling from home for the other half. Students who aren’t comfortable attending in person can choose the full time school-from-home option. It’s not ideal, but it’s probably the best plan to accommodate the various situations of all families. The kids really need to get back to school as soon as possible, and at this point it’s looking like that will happen in September.

MG: Craig you are an avid sports card collector. What is your prize possession these days?

CL:Love the Jordan and Lebron rookies, but I’ve got two cards that, while not worth as much, are pretty terrific:  A Lou Gehrig card with pieces of his game used jersey and bat on it, and a Babe Ruth card with pieces of his game used bat.  The unique part about the Ruth card is that it spotlights one specific stat…  His “OPS”…  and well, we’re Ad “OPS” so… Love that one!

MG: Mike you going to be able to play softball this summer?

MA : Oh I wish. Unfortunately my softball playing days ended a few years ago when my knee would swell up and hurt for days after the game. Nowadays I’m focused on sailing, which is similar to softball in the sense that it’s social, it’s a lot of fun, and there’s usually beer involved.

MG: Imagine Quarantine ends and everything is open. Craig. Where are you buying us dinner?

Depending on the time of the year, we’re going to a sports event; Yankees, Knicks, Nets, Rangers, Giants, or Jets, and I’ll buy the food.  Really looking forward to going back to see live sports again! 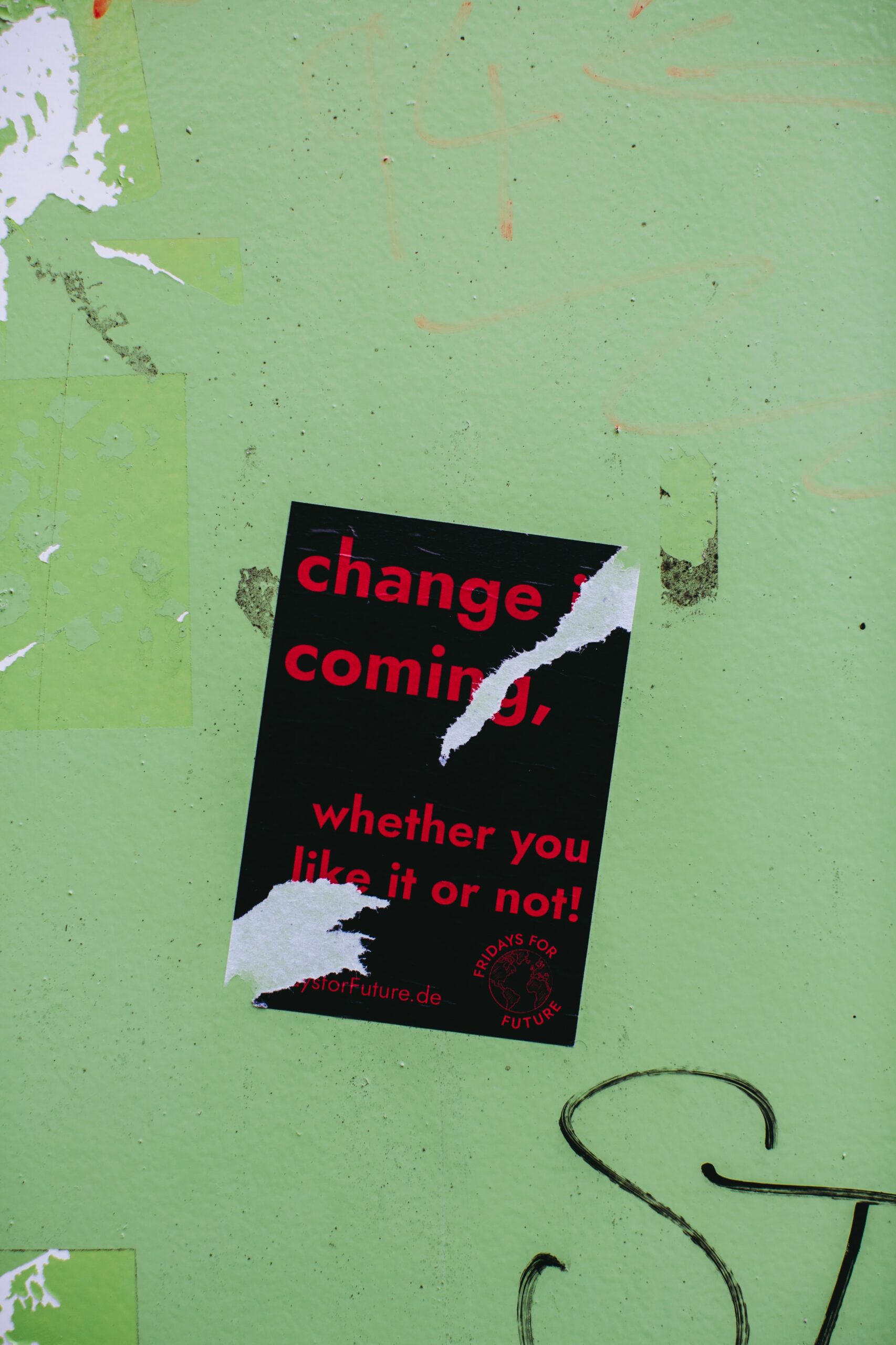 Google’s SEO changes, changes so much more. Are you ready? 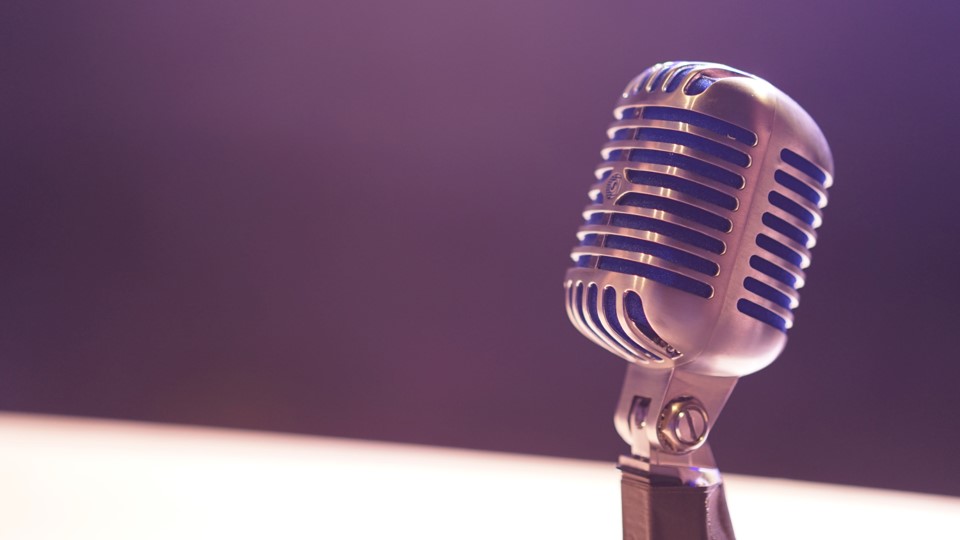 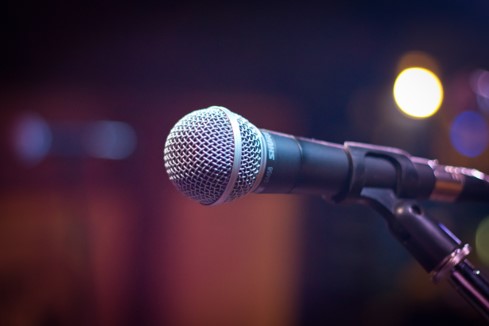 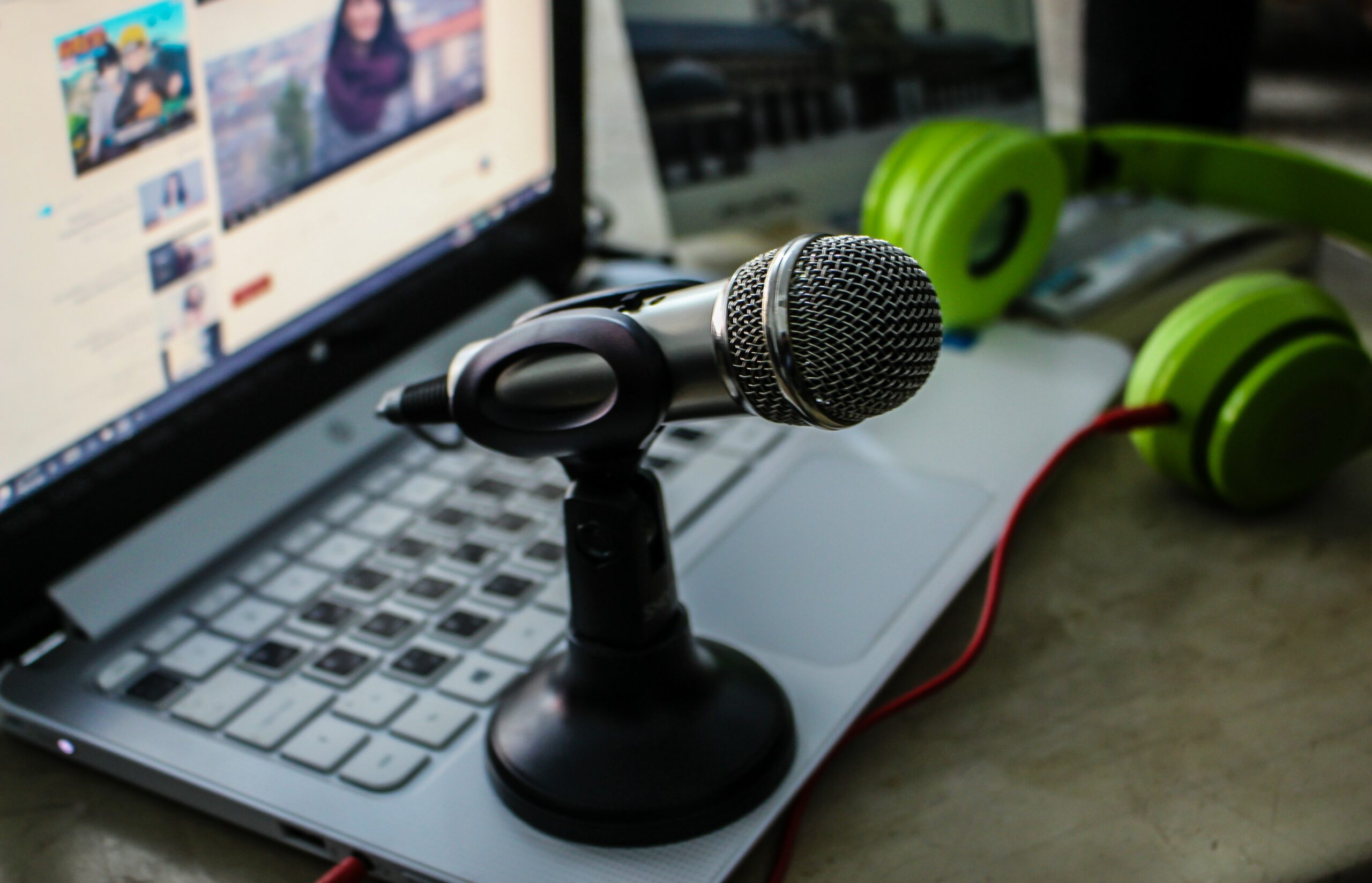