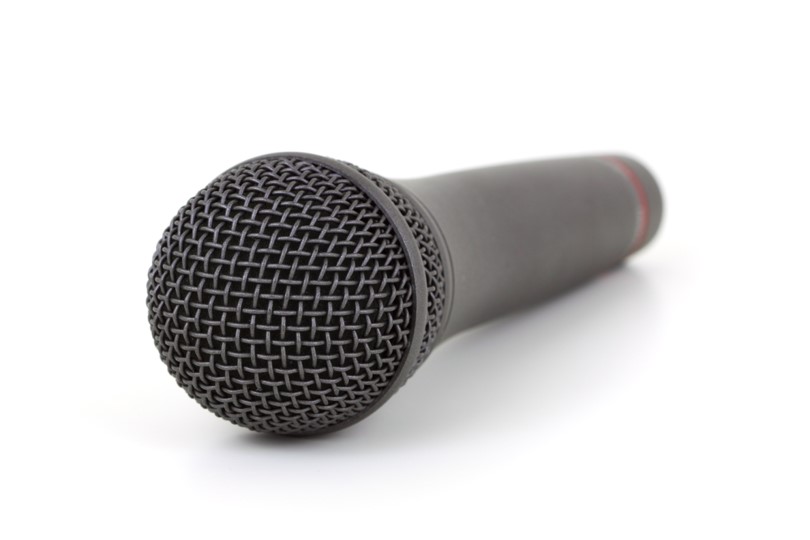 Marc Goldberg is a contributor for the Trust Web Times. Marc is also the Chief Revenue Officer of Method Media Intelligence an MRC accredited ad verification and measurement company

David Berkowitz is the Founder of Serial Marketer

Marc Goldberg : Tell me about your journey.

David Berkowitz: I got into the digital media business to get paid to write and not be a journalist. I have always loved writing since I was around five or six years old, but I came to enjoy commentary more than journalism, and I had too much respect for journalists to think I’d wind up being one. My other possible route early on was to go into education, and while I’m not teaching students in the way that I planned, so much of my marketing focus is around education. In that sense, it’s fun to be a teacher and writer all while being a marketer.

My first job was at a tech startup that laid me off five months later and imploded shortly thereafter. My formative years came right after that, at eMarketer — a job I actually got through HotJobs. The first startup came through Monster. How crazy is it that my marketing career owes so much to those job boards?

When I was at eMarketer, there were two days that proved particularly pivotal. One was when Ask.com was doing a press tour, and they emailed my boss, Sylvia Gimenez, requesting an interview since we ran these newsletters. She asked my team if anyone wanted to meet with them, and I just figured that seemed like a pretty fun opportunity, so I volunteered. And then I pitched my boss an idea to do a five-question Q&A with them — only because it was Ask.com. If it was Yahoo or AOL, I might never have launched the interview series that led to 175 long-form interviews, almost all going on for thousands of words; one subject was the CEO of iCrossing who’d wind up hiring me.

Another key day was my best job interview ever. With the dot-com bubble bursting, the team shrunk a bit, and we no longer had a PR team. I was editing newsletters and maybe some longer reports then, and I kept doing these Q&As — often with some famous people like Mets legend Keith Hernandez and Dilbert creator Scott Adams, let alone some titans of the business world. One day, I was sitting at my desk, and the CEO, Geoff Ramsey, came up to me and said, “David, you like talking to people. Would you like to do our PR?” I was pretty green then but knew opportunities like that didn’t come around often, so I said yes right away. I’m pretty sure Geoff knows I’m a buge fan of his, but I don’t thank him enough for launching my marketing career.

MG: So tell me more about you are doing now.

DB: I’m working on some exciting corporate marketing engagements, much of which I’ll have to get into another time. I’ve been doing more work on the agency side lately, shifting somewhat from a lot of tech-focused work I’ve done the past few years, and I missed the kinds of misfits that the agency world attracts. I didn’t consider myself an agency person until the day I left Publicis Groupe in 2016 and wound up not working at an agency for the first time in 12 years.

Meanwhile, I keep running my weekly newsletter and the professional community I founded.

MG: So David Berkowitz name is famous and often tied to the serial killer also known as Son of Sam.? Who are you the son of? And you are a famous “Serial Marketer”. Can you tell folks more about the AMAZING community you built?

DB: I’m David, Son of Dan, Son of David, Son of Dan, and so on. My dad’s cousin was the Son of Sam, so we have a line of Sam Berkowitzes too. You don’t find too many David Berkowitzes born after 1977 though, the year of that infamous Summer of Sam — and fewer still whose family was living in Westchester County and whose dad was working in the Bronx.

You find even fewer people who share a name with a less-than-savory character and then use that to name that to inspire the name of their business. I have to credit my friend Aaron Strout, CMO of Real Chemistry, for referring to me in a HubSpot blog post as a “Serial marketer, not killer.” The next year, I started consulting, needed a company name, and decided right away to pick a name that would remind me not to take this business too seriously. Serial Marketer was born.

It was around that time, in 2016, that I had the idea for Serial Marketers. I thought that a lot of people would identify as serial marketers, but no one seemed to use the term. I hesitated for three reasons though. First, I’m in a number of great communities that touch on marketing topics, and I didn’t think we inherently needed another. Second, I was wary of starting a vanity project; I didn’t want to do some ‘Friends of Berky’ (as many colleagues call me) club that was all about me at the center. Third, I thought the name was pretty twisted, and I couldn’t reconcile the idea that so many people would join a community based on what remains one of the most messed up puns I’ve come across.

Then, come 2018, I got canned from a startup that ran out of funding, had no clue what I’d do next, and figured I’d give the community a shot. Slack seemed like a good way to organize conversations and was novel to most of the senior marketers I was targeting. I started the community with a LinkedIn post, a Google form for signups, and a logo that cost me $12 on Fiverr. Three years later, it’s a thriving 2,500-person community where marketers are supporting each other in countless ways — hiring each other for jobs and gigs, sharing tech and service recommendations, bouncing around ideas, joining each other’s podcasts, collaborating on new business ventures, and trying new technologies.

It’s also led to some new, surprising endeavors, most notably the $CMO coin. Through Rally.io, the Creator Coin platform, we now have a currency that we can use in the community. Some members are even using it to accept payment for their services.

MG: How does someone join the community?

DB:That’s an easy one — visit  https://www.serialmarketers.net, click ‘join now for free,’ mention you read about it here, and I’ll let you right in. That’ll give you an invite to the Slack group and also get you access to the members-only newsletter and other perks.

MG: What is in the community?

DB: From Culture, Lounge to Book Club categories to then where we post Jobs, Events and a reference Library. We are over 2000 members now!

MG: So we mentioned you are the son of …. Have you had the chance to see your parents over the last year?

DB:My parents are still in Westchester, and I’ve seen them a number of times, first from June to November, and then pausing as the pandemic got worse, and then picking up visits once they and then I got vaccinated. One surprisingly useful technology I tried out this past year has been Facebook portal, and my seven-year-old daughter uses it constantly to stay in touch with all of her grandparents, a number of her aunts and uncles, and other family members and friends. It’s a brilliant device.

MG: How did your daughter handle this year?

DB: My daughter has been through a lot, and I have so much respect for what a trooper this kid is. I respect her teachers even more. I respect her principal even more. I see so much resilience that inspires me. I’d have given anything for more normalcy over the past year-and-a-half, but I hope to never forget the fortitude I saw constantly.

MG: Are you travelling for business yet?

DB : I’m not just yet. If all goes well, my first trip will be down to Atlanta for an event I’m itching to put together the next couple of months. There are a couple of events starting to pop up that I’d love to hit up, though the event scene is coming back to New York in a big way, so that’ll also keep me busy.

MG: Are you travelling for personal yet? Where?

DB: I haven’t been on a plane since coming back from Curacao in February 2020. It’s so crazy. I’m working on a few ideas for family trips later this summer though. I’d love to go overseas, but it seems like that’s not going to be too easy, so I’ll see how soon that’ll work out.

MG: Have you been to a concert, conference or sporting event yet? Any plans?

DB: I went to a Mets game at Citi Field in April, back when they only allowed about 8,000 fans in the park. Every single person there — the fans, the players, the vendors — was so happy to be there. You never would have thought you were at a Mets game given how cheerful everyone was. You could strike up a conversation with literally anyone there. The only thing that I felt that came close to that was going to Shea Stadium the first game after 9/11. Given all the heartache, it was one of those days where it felt like sports meant something. Those are some of the best ways that sports brings people together.