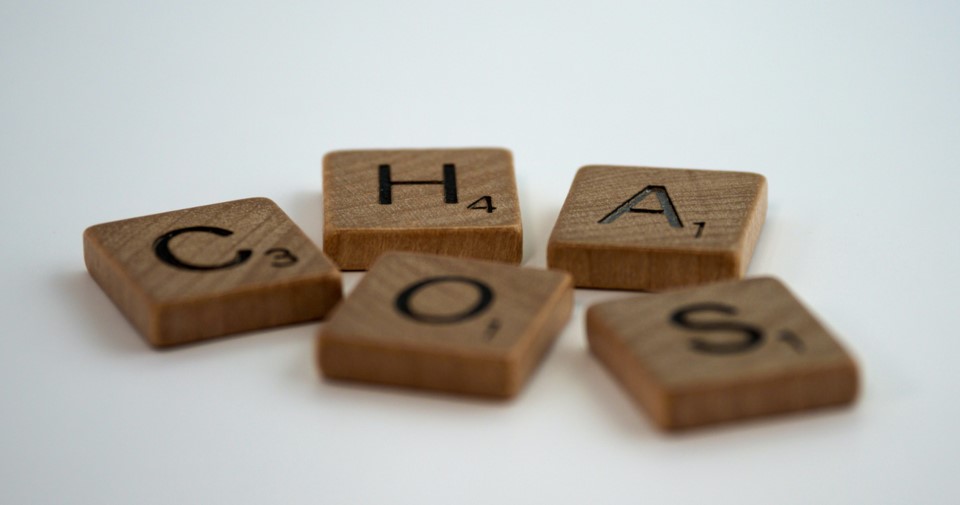 Nothing rankles the ire of any marketer with even a tad of experience more than those highly touted tech terms or concepts positioned as silver bullet answers to heretofore unsolved marketing problems. And to those of us who’ve been around the marketing block a few times, these new terms resemble a toddler’s early attempts at speech: cute, but a phase they’ll grow out of.

Unfortunately, though, some of these usually harmless little word experiments “stick,” taking on a larger-than-life meaning that does a disservice to everyone. My plain hope here is to put these concepts into context so they can be practically applied in the day-in-day-out business of marketing.

The history: It started life decades ago in the tech world referring to the practice of re-branding 3rd party technology as your own so it can be resold at a higher price. This was worked well for many tech platforms like CRM or email service providers because the “resellers” were often system integrators or tech companies themselves.

The impact: When the practice began to be applied to the marketing industry, i.e. an agency white labeling a tech platform, it translated poorly because a marketing company is poorly skilled to take on the management of a tech platform.

Why I hate the term: The term shines a spotlight on the bigger disconnect between the business models of tech platforms versus advertisers/ agencies. White labeling is no solution for anyone; agencies have to fake it, tech companies get no credit for their innovation and brands are sold “black boxes” – a sure recipe for problems down the road.

The history: This term was coined by Fred Wilson in 2011 as “native internet marketing model” and “native monetization systems” (Fred Wilson’s 2011 talk on this topic). This concept morphed into meaning advertising that’s consistent (a.k.a. native) with the environment around it.

The impact: If only Fred had asked any marketer, he’d have learned we had a term for that concept; alternatively called advertorials (1980s), sponsored content (1990s) or custom content (2000s). And just like in years past, the trust issue about separation of “content church” and “advertising state” plagues the effectiveness of today’s “native ads.”

Why I hate the term: Tech platforms can push demographically accurate “native advertising” but that doesn’t make it trusted advertising, (disclosures notwithstanding). Experienced marketers know that advertising that is not trusted is not worth doing. Tech ventures are climbing that steep learning curve.

The history: Somehow this term evolved as an awkward mash-up of the terms “hacking,” the ability to use tech wits to achieve results usually at “low/ no cost,” and “marketing growth.”

Ugh! This pairing spawned a Frankenstein child capable only of crude brute tech force that is ultimately unfit for the delicate business of marketing.

The impact: I don’t think anyone has a real clue what a growth hacker really is. I do know that anyone who is actually hiring marketing folks snickers at the phrase.

Why I hate the term: Some things seem obvious and yet require saying nonetheless. For the record, no marketer wakes one day to say, “Let me spend the most money possible to create the least result possible.” Marketing is about getting the most bang for the least buck. That’s not “growth hacking” – that’s the marketer’s job description.

The history: The “when to ship” decision remains probably one of the most excruciating decisions every tech CEO must make. Investors, eager to reduce their risk, push CEOs to ship the least offensive product possible a.k.a. the MVP (Minimum Viable Product).

And they’re not kidding when describing it as “minimum viable.” This virtually guarantees that almost immediately, iterations are needed to adapt to market feedback. Problem is, in this context, MVP and the “iteration” model (deserving a place on this list in its own right) fails marketing practitioners.

The impact: The MVP problem lies in the fact that a constantly “iterating” marketing platform can mess up the very delicate and time consuming sales conversion process with just a single interruptive interstitial here or badly retargeting ad there.

Why I hate the term: MVP encourages a UE race to the bottom with more and more users getting more and more frustrated. Worse, it seems the MVP concept has become a “get out of jail free” card to excuse a tech platform’s particularly bad results or awkward UE. “Iterations” offer little salvation, actually exacerbating the problem (more on that below).

The impact: While machines are great at handling iteration – people aren’t. Making continual changes or iterations to a marketing platform is fraught with possible bad user experiences that can blow any marketing proforma out of the water.

Why I hate the term: Iterations have become so pervasive in an MVP world, it is virtually impossible for marketers to keep up. Facebook alone is an “iteration” machine in motion yet iteration is chaos for marketers.

The history: This term does not have its origins in tech but in PR where it referred to the additional “earned” or free media a story got. This additional “free” media coverage was in direct contrast to “paid” media advertising.

But sometime in the last 5 years, the term was co-opted by the tech world and linked to social media with unintended but harmful consequences.

The impact: The damage was done in talking about “social media” as being able to generate “earned media” – setting up the dangerous expectation that social media is free or cheap just like “earned media.”

Why I hate the term: Any marketing practitioner knows it takes lots of time and hard work to get social media to work properly. That is not free or even cheap. The mythical “earned media” beast creates false expectations that are hard to overcome.

The history: In the old days, it was relatively easy to estimate the number of people an ad campaign would reach given the limited number of outlets; TV, magazine, radio and even movies. This diverse yet limited media was measured in terms of standard “impressions” easily translatable to a real-world audience number.

The impact: The use of impressions worked with traditional media because of its tangible audience delivery numbers but it fails in today’s digital landscape that is capable of serving billions of impressions but incapable of telling us how many people were actually reached.

Why I hate the term: This term, more than any, IMHO is the root cause of a system-wide loss of trust between agencies and tech platforms; advertisers and publisher audience numbers; consumers and advertisers. This epic trust failure is rooted in the fact that impressions can be fake and fraudulent yet sold in the billions every day. No one really knows what’s real or what is a mere digital blink on a network. No wonder Advertisers have a hard time figuring out the ROI of their marketing and AdTech investments.

The history: The term was long used to describe great creative because it was “engaging.” Later, sometime in the 1990’s, it was applied more specifically to direct marketing because of its ability to precisely measure direct response engagement (i.e. – email or banner ads).

The impact: It’s rather humorous to watch marketing tech platforms gush about engagement as though it just hatched from the brain of the clever tech set. That would be benign enough except that a tech platform’s idea of engagement is a herky jerky set of user “twitches” and clicks instead of the elegant dance that a great engagement experience can become.

Why I hate the term: Technologists’ slavish devotion to engagement is rather shallow; lacking in the nuance to understand the profound ROI difference between just an “interaction” and true “engagement.”

The marketing tech industry is trying to respond to the continued stream of bad news of plummeting digital ad response rates. At its heart, I believe the challenges stem from the lack of connectedness between technologists’ capabilities and marketers’ requirements. Language can be a bridge connecting technology with the business of marketing. Only then can we begin to unleash all the potential.