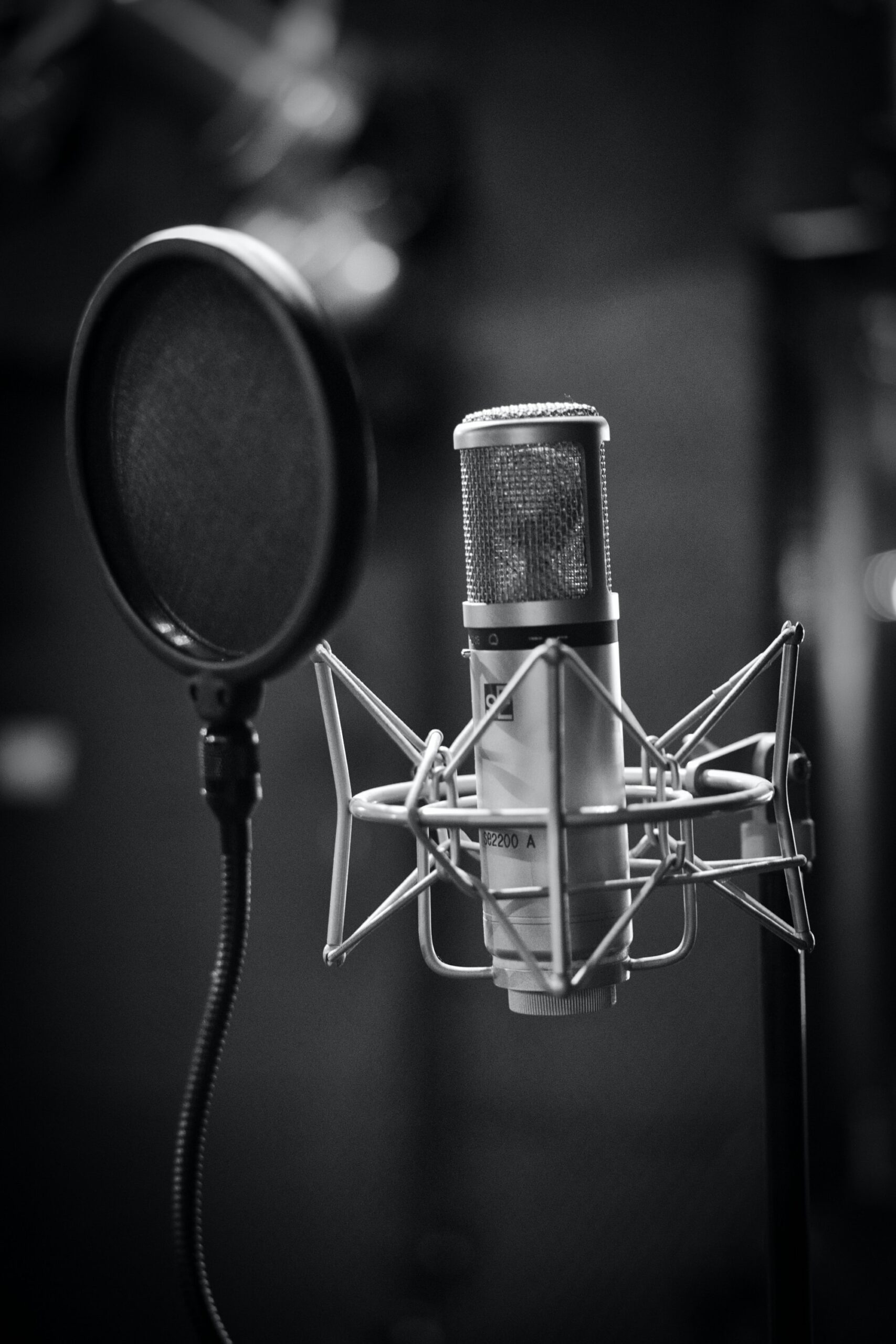 Ben Reid is the CEO and Founder of  Elasticiti

Ben and I exchanged emails for this interview and it has been slightly condensed and edited.

Marc Goldberg: I know you had to sit next to me for a few years, hopefully your ears have stopped ringing. Tell people more about where you have been.

Ben Reid: I moved to New York City to be in film and started at a boutique development company. I read a lot of scripts and books for possible development into indie films. When the internet started “happening” I joined Uproar.com which I describe as the Zynga of their day. That’s where I really got my start with AdOperations and Product Management. Back then, we sold everything on a CPC basis with click guarantees! And we had our own proprietary adserver so we needed to manage something like 30 concurrent CPC campaigns. It was baptism by fire. Everything was manual.

After Uproar, I moved to About.com where we worked together. I think my title on hiring was VP of Ad Technology but I soon found that I was managing AdOps again as well as some Product Management responsibilities. The About.com experience was really formative for me. I was fortunate enough to be a part of a cross-departmental team that actively collaborated on growth. We spent a lot of time in the “Metrics Meeting” together where heads of departments (Sales, Editorial, SEO, Tech, Product, AdOps) looked at their own metrics next to metrics from other teams and we discussed how they were affecting each other.

I was hired in part to develop About.com’s proprietary order management software. I eventually joined Operative who had developed a commercial order management solution. I spent my time there split between Sales Engineering, Account Management, and Partnerships. From there I moved to eXelate to help them build out their DMP and publisher data business. Then I started Elasticiti.

MG: So Elasticiti is your own thing, congratulations. Is it publisher focused?

BR: If you look at our client roster it looks that way. But over time we’ve realized that the areas we focus on aren’t restricted to publishers. These days we describe ourselves as data services for media and marketing. Because whatever part of the value chain you’re on, you’re going to be leveraging paid, earned, and owned content. The data sources vary, the emphasis varies, but the techniques around these disciplines are, at the core, pretty similar.

For our customers, this has been refreshing. They’re used to talking to partners who either don’t understand their business but are technical or do have a grasp of what they are trying to accomplish but don’t have the technical expertise to pull it off. We move very fluidly between heads of marketing and heads of IT.

MG: Tell us about your Programmatic Pricing approach and conversations you have with publishers.

BR : I’ve spent a lot of time across my career thinking about how the media marketplace operates and how valuation happens. The pricing drivers are somewhat similar to the way a stock market operates, it’s just several orders of magnitude less sophisticated. In theory, pricing is predicated on a current and predicted future value. In reality, it behaves more like a commodity market.

Publishers all have different skill sets and business rules around programmatic. Our job is to work within that by helping them level up their current approach and add in some areas that are appropriate at that point in their journey. For the most part, it’s about helping them reach key operational decisions faster, testing the effects of those changes, and iterating.

For many companies, the programmatic stewardship is mostly separate from Marketing and Direct Sales. In general, the will to be more aligned is there, but the urgent need is to become more agile in their daily operations.

MG: In the build vs. buy debate, I can see you fall on the build side. Can you elaborate?

BR: Actually we say both! I don’t think it’s controversial to say we are in a golden age of data. Practitioners at all levels are more data savvy than ever and there is an explosion of data technology offerings at extremely affordable price points. So the opportunity to develop something that really fits a customer’s business needs in a short time frame exists in a way that didn’t ten years ago. Back then, you had a choice of expensive BI, expensive servers, and still lots of hand coding or, sign up for an all-in-one solution and try to get it as close as possible to your needs. Platforms like AWS, Snowflake, Looker and Tableau have really leveled the playing field. Of the one-stop-shop solutions, the better ones, like Adverity, have offered a lot more modularity and control.

I do think it’s hard to be excellent at most roles these days without leveraging the supporting data. Across industries and roles, the best are great question-askers and the tools that best support this never-ending stream of questions help them find that edge. The best don’t like to hear ‘you can’t do that’.

MG: You work with big data. We do too at Method Media Intelligence. Our philosophy is that data interoperability is critical, as companies become more data centric they are bringing in their own visualization tools or building their own. What have you seen?

BR: Yes – data interoperability is a must. I think this is really the next chapter. We’ve grown up in media where data became a currency and a commodity. To make it practical, we needed to create simple sharing mechanisms and simple definitions. We’ll see how the advertising responds to the technical and legal challenges being presented but the larger trends around data sharing, transparency, stewardship, and equity are not slowing.

In most of the engagements we do these days, sharing is a big part of the scope. That can range from the pedestrian (but still important!) client or partner reporting. If two parties are working together, they need shared data to know how things are progressing and what changes should be made. In larger organisations, we see the need to expose specific parts of data to other sister organisations. And part of that is not just sharing data but well groomed, high value data. We do a lot of work with Looker and they make that very straightforward.

We also work a lot with Snowflake. In many ways, databases are not exciting cocktail party talk. But Snowflake has really built a lot of cool capabilities that set them apart. Specifically, they’ve create very powerful data sharing abilities. The one I think is the coolest, is the ability to share specific tables with another Snowflake customer – no export/import required!

MG: Is your expertise in the connection of pipes or what to do with the data? Again, we found Interoperability was important and making available the data lake was needed. However, the “lake” is a lot of water and you can’t just bring someone to the water, you need to help show them how to get the water. Our a-ha moment is that teams not only need the data but sometimes help deriving insights too. Are you seeing that?

BR: We do but it’s usually a later stage of the relationship. Most of the time, we are starting with an organization that has a big enough need that it warrants a discussion with a potential partner. They are down a head and not in a place where they want to rehire; they have a large platform migration, they want to build a lot of new capabilities quickly. But after developing relationships with the internal team, getting to see what they do well and where there are blind spots, we help them do more in areas and ways that feel like a natural extension of what they’re already doing. I know there are people that come in cold and say ‘we’ll scrap everything and put in a killer attribution model or yield management system’. For use, we’re more about helping clients see the opportunities in what’s in front of them that they may be not tapping fully.

MG: What are some publisher blind spots that you have seen and helped?

BR: Well there are a lot of technical examples that are pretty boring but ultimately helped teams carve back a lot of precious time. I do think the recent inventory forecasting system we built was a big step forward for the client. They were operating at scale but had no real forecasting abilities. They also sold in a pretty complex space with partners allocating certain inventory under certain business rules which are then sold in a variety of audience and contextual ways. Creating the framework that gave them the granular insights gave them the scalability they were looking for, but also surprised a few veterans around where the reality of their business was significantly different from what they had assumed it to be. In a positive way 🙂

That said, I’ve still got a lot of AdOps blood running through me and we’re working with a video publisher that wants to rapidly crank up the learning cycle on their publishing efforts. They’re looking to better understand how video search algorithms work, how viewers respond and where things drop off. It’s not an academic exercise – the goal is to give all stakeholders better data faster to create, publish, and optimize stickier content that ‘pops’ more frequently. It’s an art, and a process, and it requires a data design that supports the entire value chain.

MG: You were a big bike rider, still at it? Have you joined the Peloton world? Want to race me?

BR: I still love riding but no more road racing for me. Work and family don’t leave a lot of time to train to be competitive. We have a Peloton and I’ve tried it a few times. My seven year old seems to like it the most. He’s very active in general, loves anything with a screen, so the Peloton is a natural. But yes, I’ll totally race you.

MG: Bring it on Benji! How has quarantine life been for you? Professionally and personally.

BR: My wife and I joke that it’s unnatural for a family to spend this much time together. If there’s an upside it’s that I can see the kids grow up in something like real-time and can be more a part of it.

As a company, we are seeing a big surge right now. I think part of it is just pent-up demand from 2020 that’s getting pushed into 2021. But I think with everyone working remotely, there is more openness to working with a partner than there might have been previously. I also think the remote thing has even further accelerated the movement to the cloud and those technologies (AWS/GCP, Snowflake, Looker) are experiencing a boom which is also helping us.

But man, I miss NYC. And real people over a real drink.